Blazequel are delighted to be official distributors of the Araani Smokecatcher Video Smoke Detection system – a video analytics based solution which facilitates ultra-fast detection of smoke in applications where it normally wouldn’t be possible with traditional smoke detection methods.

What is Video Smoke Detection?

Video Smoke Detection is a new technology, based on the algorithm based analysis of video images from a CCTV camera network.

Moreover, in viewing the CCTV camera network it allows for the immediate visual verification of a detected risk – meaning you can respond correctly without first trying to find out what caused the alarm. 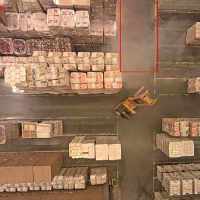 Drop us a message on the form below, or call us today to discuss your application and requirements!

Book your FREE, no-strings-attached Fire Safety Audit to ensure that you’re properly protected from the risk and comply with current fire safety legislation.