The chemical reaction transforms the aerosol compound into millions of tiny aerosol extinguishing particles of just 1-2 microns in size (a human hair is typically 40-60 microns wide).  These tiny particles remain in suspension in the air, and fuse onto the flammable fire molecules (free radicals) – meaning they cannot burn.  This breaks the feedback loop of fire, by preventing the flames from occurring.

Additionally, the enormous surface area which is created by so many tiny aerosol extinguishing particles helps to absorb the heat of the fire, providing a secondary fire fighting action by helping to prevent flashover.

Aerosol extinguishing agent is emitted from the Aerosol Generator in the form of a white vapour.  This can leave a fine dusty residue after discharge, which should be blown away.  Tests have shown that this is non-corrosive, but nevertheless it is a side effect which should be considered when you are looking for a suppression agent for server areas and clean rooms.

One of the biggest benefits of Aerosol Fire Suppression is that it doesn’t require an air-tight space to operate (unlike gaseous extinguishing agents) and that it doesn’t use any stored pressure to discharge.  It is not harmful to humans, but should not be discharged into an occupied area as it could obscure visibility and hinder finding the escape routes. This highly-targeted response is what make Fire Rover the perfect solution for volatile appli... 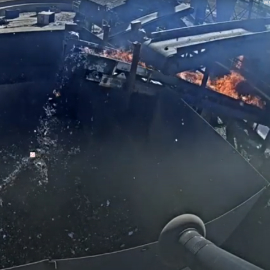 The of our operators to understand the situation and take necessary action makes the system i... 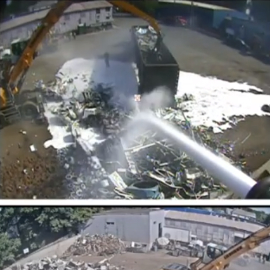 The type of complex interaction between the onsite staff and the cannon system seen in this v... 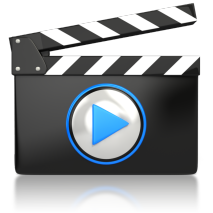 Thermal Imaging allows you to spot a fire risk, long before its even started to emit smoke or... 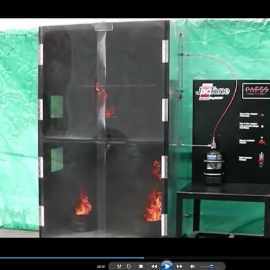 The PAFSS (Pneumatically Actuated Fire Suppression System) is designed for the protection of ... 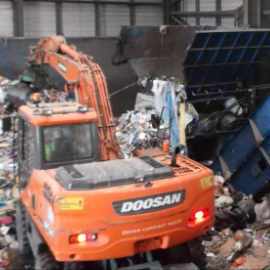 This video show a water mist fire suppression system installed on a shredder at a waste recyc...